Over the Christmas/New Year break I decided that I would contact some inspirational authors, musicians, singers, actors and sports people to interview for my site. I’ve always been fascinated by how people got their big breaks and I think we can learn a lot from hearing people’s personal stories.

The first person I interviewed was my cousin David Dawson who is an actor in The Last Kingdom and is currently performing in the play The Dazzle. Click here to read my interview > 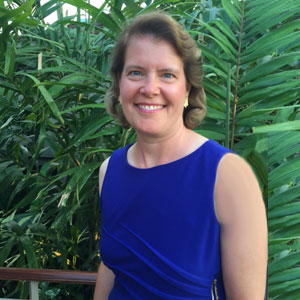 The second person I interviewed was children’s author L.R.W Lee. She is the author of the popular Andy Smithson series…

I love how you knew you wanted to be an author when you were eight but didn’t think you had anything meaningful to say at the time. I’ve always loved reading and writing, and daydreaming. I think authors always need to have good imaginations.

The only school production I remember being in was Snow White and the Seven Dwarfs. I got to be the wicked step mother because I could do a really nasty version

What has been the biggest challenge that you’ve ever faced?

1) I would have to say being a business owner for 12 years until my partner and I successfully sold in 2012. That entire time I had never felt SO stretched in my entire life. There were always things to learn and changes to keep up with… I became an author after that and got to relax…whew…  2) I would also have to say raising my son, who has ADHD, was a HUGE challenge for both myself and my husband. I say we didn’t truly learn to parent until he came along. Our daughter who is 2 1/2 years older was, relatively speaking, a piece of cake–self mobilized, compliant, hard working and more. Our son…exactly opposite… As a high performing leader type, I just couldn’t “get” my son and why he chose to do what he did at times. 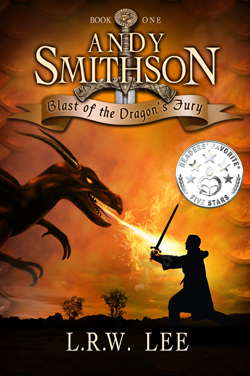 I must confess, I’m a Potterhead, so I love those movies, although LoTR and The Hobbit certainly had their draw.

What do you like to do in your spare time?

What are your favourite books now that you’re an adult?

Oh boy, how do I choose? LOL! At the top would be anything by Sarah J. Maas and Elise Kova. But I also love Rachel E. Carter’s The Black Mage series as well as Servant of the Crown by Melissa McShane and the rest of the books in The Crown of Tremontaine series. Sorry there’s so many, but there’s a lot out there. You can see all my reviews of books I read on my blog at blog.lrwlee.com.

If you could have written any book in the world, which one would you pick?

I’d have to say the Harry Potter series. Look at the impact it has had on an entire generation.

I write because I seek to help people understand how to overcome frustration, fear and more as well as understand that true success in life comes from embodying responsibility, diligence and dignity. I queried several traditional publishers with my first book and was rejected by all. Looking back I now understand my craft at that point was  not where it needed to be. So with the narrative that I was not going to allow traditional publishers to control my ability to impact others for the greater good, I self-published.

I can understand this, I self-published my first book after it was rejected by publishers. Be the Best – an inspirational book for young rugby players was a book I wrote whilst I was studying for my Masters at University College Falmouth and I wrote it for both rugby union and rugby league players. I really enjoyed self-publishing the book and I always encourage people to go down the self-publishing route if they can’t get a publishing deal. It’s much better than leaving the book in a drawer, never to be read. You’ve done incredibly well and it proves that self-publishing can work.

How long does it usually take to write one of your books?

It usually takes about 6 months to write one of my books. I have invented the master story arc for all 7 books and now that I’ll soon be plotting the specific events for book 6 as events are unfolding, it gets easier. So I would say, the hardest part for me is starting a new series because you have to first invent the central conflicts, then build the world that is sufficiently complex to allow them to be fleshed out. This is one reason I chose to make my series 7 books. I figured if I’d taken all that time to invent the world, I might just as well use it many times and really get to understand it. 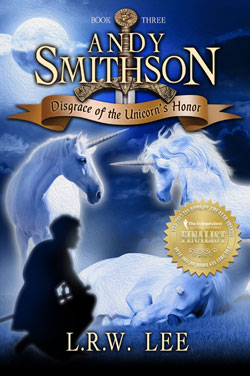 What are your top author special moments that you’ll never forget?
1) Opening the box from Createspace with the proof copy of my first book definitely tops the list in terms of meaningful moments. For with that, I was clear that paperback was not just the culmination of 12-months of work, but really the culmination of 32 years of learning and growing and developing as a person to have something valuable to share with my readers that could potentially change their lives.
2) I received an email from a young fan not long ago. She explained that she has dyslexia and hated to read. Eighteen months ago her mom gave her an ultimatium that she HAD to read one of the books her mom had picked out for her. It happened to have been Blast of the Dragon’s Fury. Today she is a voracious reader and she says she owes it all to me because my narrative kept her so engaged, she couldn’t put it down. What’s more, and this was what REALLY made my day, she declared that after reading that book, she now tries to live in a way that she’s responsible, diligent and dignified… I don’t know what that means to her, but clearly that story has had a positive impact on her life…

Do you have a favourite out of all of your books? I know this is a hard question that you mightn’t be able to answer.
You’re asking me to pick my favorite child… I can’t. Each book is special in its own way. For example, while writing Venom of the Serpent’s Cunning (book two), my characters decided to take the plot in a direction I could never have imagined that changed the master series plot for the better.

What tips would you give to children who want to become authors?
Read lots! Reading helps you understand how to effectively plot conflicts and rising action as well as resolutions. Also, write lots. Craft only improves with practice. The more you write, the better you will write.

My readers and especially my raving fans. Folks who read and then posted their review, especially those who offered constructive comments. As well, my editor. I have learned SO much from her and my craft today shows it. 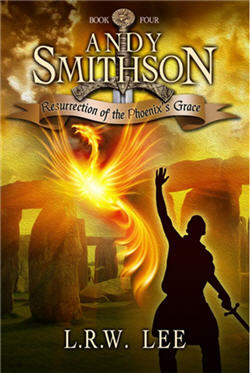 Do you have a writing schedule/particular time of day you like to write?

I usually write in the afternoon after I’ve gotten all the busyness of social media and promotion out of the way so my mind is not cluttered. I usually exercise in the morning and during that time invent what I will write that day.

When you finish a chapter/particularly tricky part do you reward yourself?

It depends on how fried my brain is at that moment. If it’s mush, I usually go read and give my mind a break.

Who is your favourite character [from your books] and why? How do I choose?

If I must, I would say Andy. He was initially patterned after my son and the challenges he posed as he grew up.

What is the hardest part of being an author?

Marketing and creating awareness of my work. I say I’m 50% writer and 50% marketer.

I do. Book 5 is out on the 13th January so I’m really excited to hear what my fans think of it.

I’m currently doing a rewrite of Blast of the Dragon’s Fury, book one in the series because my craft has improved so much since I began that it’s time. It’s not that the writing is abdominal, it’s not. I just know I can write better now. Book one, even though it’s always free, sets up the entire series for readers. If the craft drives them away, they won’t read further. It’s time. After that I’ll be writing Book 6. Buckle up because things are really getting tense.

I invite everyone to download the free ebook of both book one, Blast of the Dragon’s Fury as well as the prequel novella, Power of the Heir’s Passion that gives much of the backstory to how the curse came to be. Both are free on Amazon, B&N, Google Play and anywhere you get ebooks.