An interview with The Last Kingdom actor David Dawson – Part 1

This Boxing day I had the pleasure of interviewing my cousin David Dawson. David is best known for playing King Alfred in The Last Kingdom and Fred Best in Ripper Street. He’s currently playing Homer in The Dazzle.

Interviewing David was a lovely experience because I could ask him anything I wanted. My daughter Lizzy joined us, and kept shouting “Charleeeee” and asking for biscuits. “Charleeeee” (or Charlie to everyone else) is David’s mum’s dog.

I meant to take a photo of us together to accompany this blog post but I forgot. You’ll have to use your imagination and add 30 years to this pic! (I’ve been in awe of David for a long time as you can tell.) 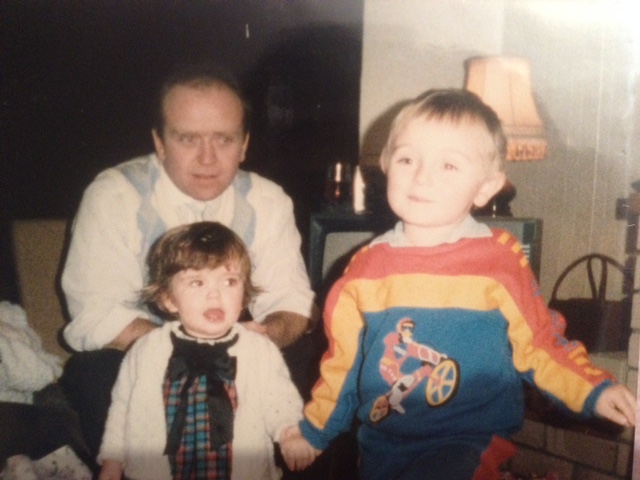 Let’s start by chatting about The Last Kingdom and see where we end up!

“Brilliant. Especially when I’d got the hang of the horse. I learnt to horse ride for this job so it was a great feeling once I knew that the horse was listening to me and would move were I wanted him to go.

“I’ve never worked on anything as epic as The Last Kingdom. When you arrive on set and there’s three hundred stunt men all fighting, that’s quite cool. It also makes it feel a lot more ‘real’… you understand how scary it would have been back then. I felt very nervous the day I had to do the big battle speech because literally all the principle cast were there and I wanted to make sure I got that right.” 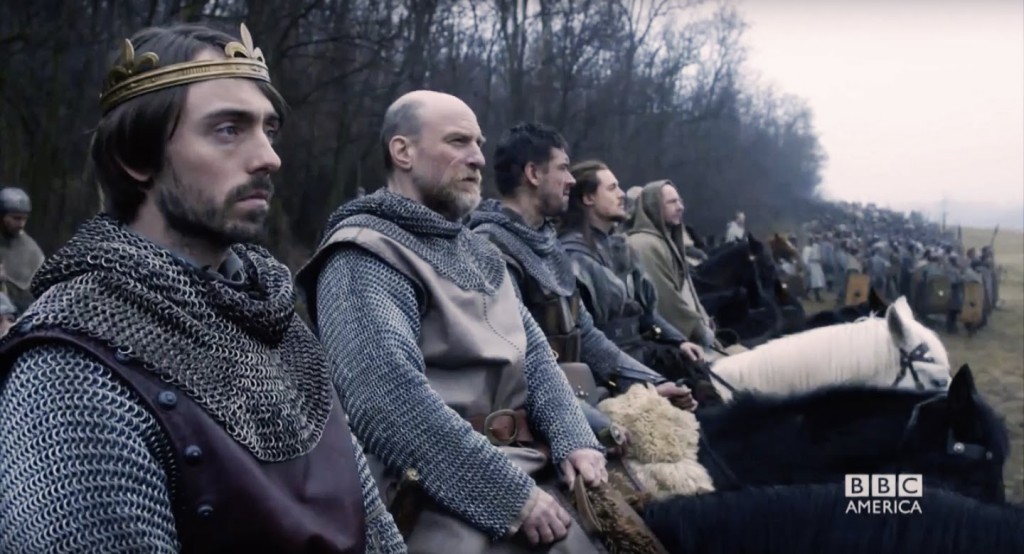 When you were filming and had a long break in-between scenes what did you do to relax and prepare for your next scene?

“There was a nice company feel on set and we all got really close because we were on set for seven, eight months together. We’d hang out really and we used to play tricks on each other. Once we did up Alexander’s caravan like a horror film, like Blair Witch Project. [Alexander Dreymon plays Uhtred in the show]. We put things outside to freak him out… we did that to a few people. Because we were all close we’d just hang out and have a laugh.

“To prepare, I used to like to go off and be on my own. Be a bit quiet for a bit. I’ve got a thing were I make a big map, because it’s all shot out of sequence. I make the map so I know what I’m doing and were I should be in the story for the next day.” 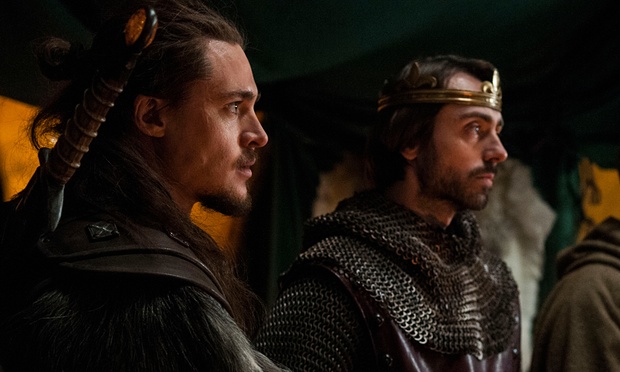 You’ve acted in lots of historical TV shows and Shakespeare dramas, do you prefer acting in historical settings over modern? 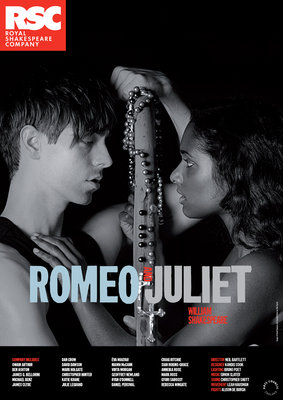 If you could be offered any part, past or present, what would you love to play?

“Clockwork Orange is one of my favourite films and I’d have loved to have done that.”

Do you think you’ll be on the BIG screen anytime in the near future? Any plans to do movies

“I don’t really have a plan. When I sit with my agent we always say ‘as long as we make sure the next things I do different to the last thing, it’s a new challenge.’ I don’t mind what I do, I love theatre and I always want to make sure that I go back to the theatre. I’m just excited to see what the future brings.”

What can we look forward to seeing you in in 2016?

“I’m in the Dazzle, in the West End till the end of Jan, then I’ve filmed a thing called Maigret with Rowan Atkinson, that should be out at some point on ITV. I’ve filmed The Secret Agent with Toby Jones which a four parter for the BBC and it’s out later in the year.” 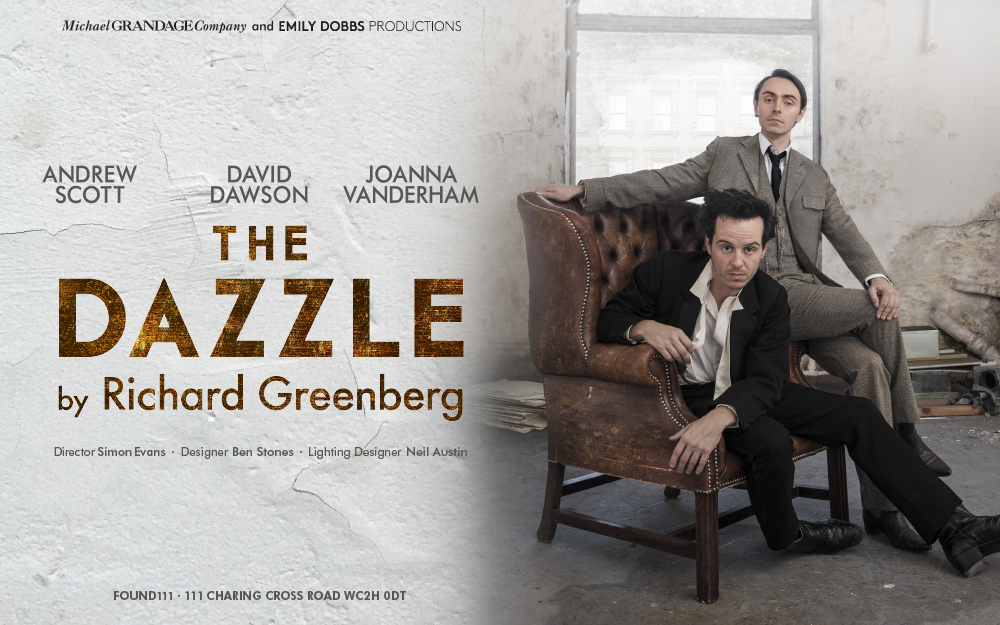 You’ve written a couple of plays in the past, are you still writing any plays?

Do you think you’ll ever write something that you could be in yourself?

“I’ve written a book, a novel. It’s just up to me now to pluck up the courage to try and get a publisher I suppose.”

What sort of novel is it?

“I’m a huge fan of horror and gothic fiction so it’s in that vein. I love Dickens and Edgar Allan Poe so it’s a bit like that.”

This is a tough one so you mightn’t be able to answer it… what are the top 3 things that you’ve done? If you could only pick three… 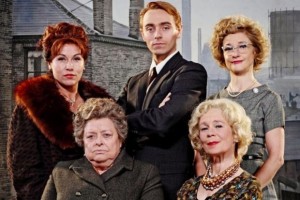 “I’ve got to pick The Last Kingdom because on screen I’ve never played a character that’s had such a huge story arc and change from being a frail little bookworm to a warrior king, that’s quite cool and very special to be a part of. I think Road to Coronation Street was very special to me too because it was North West and all our family have loved Corrie haven’t they, for years and years. To meet the man I was playing and to become friends with Tony Warren, I think was very special, and to work with actresses I’ve loved for years like Celia Imrie, Jane Horrocks… and to film it at Granada Studios was a real treat. I think the other one’s got to be playing Smike in Nicholas Nickleby at the theatre because that’s where I learnt so much. I was working with actors who were seventy, actors who were nineteen, 26 actors all together with a band going around the country, in the West End, Canada. That was amazing for a twenty four year old to experience.”

How does it feel to have a fan-site, a Facebook page and fans in general?

“I’ve never been able to thank Julie [who runs daviddawsononline.net] before so I’d like to say it’s very humbling and I’m very chuffed that she’s created the site and Facebook page. I’m grateful to those people who are supporting projects I’m involved with. It’s a lovely feeling and it certainly gives you confidence when you’re doing things that people believe in you.”