An interview with actor Christian Wolf 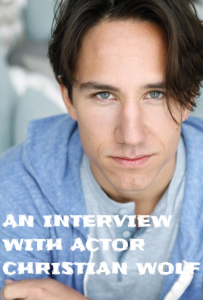 (This is fifth interview in my inspirational people series. To read more interviews please click here >)

Christian is a German actor who moved all the way to Los Angeles to become an actor. I was eager to learn more about Christian and what motivates him. He has met some pretty incredible people – I’m very jealous that he’s met The Hobbit director Peter Jackson. Ever since writing my guide to the Hobbit movies I’ve wanted to meet Peter.

Hi Christian, thanks so much for letting me interview you. I hope you had a lovely Christmas and New Year. If it’s okay, I’d like to start by chatting about your childhood…

I grew up Kassel, Germany. A town north of Frankfurt. Loved movies and soccer. School not so much lol. I lived there until I was 21 and moved to LA for drama school.

How old were you when you decided you wanted to become an actor?
I liked acting and performing generally since I was a kid but really decided that I wanted to make it my profession was in high school. So 17 I guess.

Did you have any acting heroes when you were younger?
Yes I did, and still do haha. When I was a teenager I was very drawn to the “cool” guys that I wish I could be like haha, like Brad Pitt, Johnny Depp, and of course Leo DiCaprio, who’s grandma is German and I guess that made me relate even more. haha. 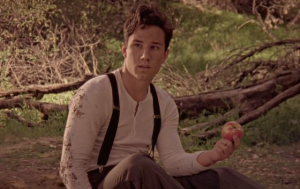 Did you act in any school plays? Were there any teachers who helped inspire you?
Yeah my first real school play was a rendition of Spring Awakening where I played Melchior. That changed my life. My teacher then was Eckart Lück, who was very supportive and made me realize that I could really pursue this as a career.

What were your favourite subjects at school?
Besides, Drama of course, my favorite subjects were English and German. I find languages fascinating and wish I would make time to learn more. Right now that’s pretty difficult though and I have different priorities. 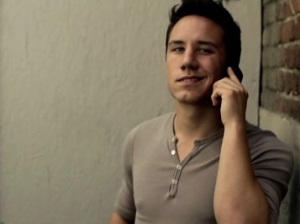 Do you come from a family who are very dramatic/artistic?
No not at all, my dad works in insurance and my mom was a doctor’s assistant, but became a stay at home mom for me and my little sister, which was awesome.

Have they always supported you?
Yes they have. They were skeptical at first but once they realized that I was actually serious they never stopped supporting me in whatever way they could. And I’m very grateful for that.

Were you a member of any drama groups or did you go to drama school?
I was part of drama groups in High School, and then moved to LA to attend The American Academy of Dramatic Arts when I was 21. And I haven’t moved back to Germany since.

What has been the biggest challenge that you’ve faced?
The biggest challenge… I guess trying to make sure that I don’t only work too goal oriented, but also keep enjoying every day of the work I put in if that makes sense. I can get caught up in “success” goals and I don’t like to think that way. 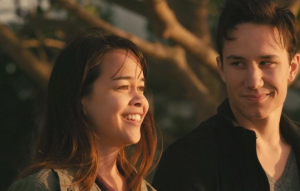 Do you have any regrets?
No, no regrets. I’ve found that mistakes are amazingly useful in life.

What are your favourite TV shows and movies?
My favorite shows at the moment I would say are Peaky Blinders and Game of Thrones. I also love Breaking Bad but that’s over of course. Some of my favorite movies are Fight Club, What’s eating Gilbert Grape, The Departed, Inception, gosh I could go on forever lol. I really love “It’s a wonderful Life” with James Stewart. I cry every time lol.

If you could have been in any movie or TV show from the past or present which one would you pick?
That’s a hard question. Probably “Some Like It Hot” (1959) (another one of my favorites) That would have been an amazing experience to be around those people.

Have you ever acted in any plays?
I have, mostly as part of the AADA Theater Company. My favorite roles include Eugene in “Look Homeward, Angel” and Luke in “Next Fall”. 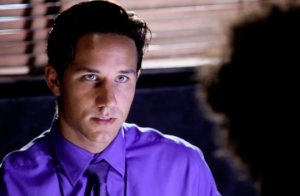 What tips would you give to young children who want to become actors?
Tips to young children… Well, I guess just keep at it. And not being afraid of being terrible. Just risk something and see what happens. At least that’s the advice I try to give myself all the time.

How do you prepare to play a part?
That really depends on the part. But generally I guess I try to really really understand whoever I’m playing and whatever they’re doing. I ask myself a lot of why questions and try to be as specific as I can with everything.

What have been your 3 favourite parts that you’ve played?
I think all parts are awesome in their own way. The variety is what really does it for me. 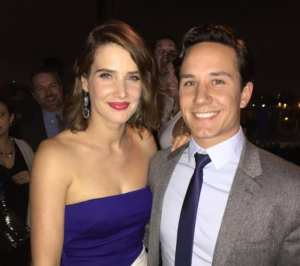 Have you got any big plans for 2016?
Yes I am very excited about this next project called “crossing fences” where I play and east German man during the 1970’s who’s trying to escape to West Germany. Should be a blast and I’m very excited to work with Nina Rausch who plays my wife and to be directed by Annika Pampel. I’m sure being on set will be a fantastic experience and I look forward to also learn lot from them.

Have you got any directors or actors that you’d love to work with in the future?
I’d love to sit across Leo DiCaprio one day, acting out a scene for a film. That would be epic. 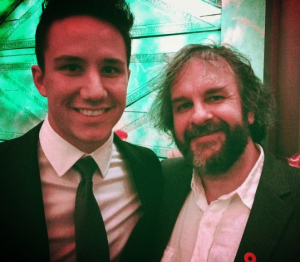 What was it like to meet Peter Jackson? How did it happen?
It was awesome, Peter Jackson is a really down to earth guy and it really motivated me. It was at an event for The Hobbit Part 2.

You’ve also met Charlize Theron and Ben Stiller? Where was that. How did it feel?
Meeting Charlize Theron and Ben Stiller was amazing as well. They both are super nice and really made you feel listened to if that makes sense. Very comfortable and just easy. Very great people to meet and very inspiring. I sure admire both of them a great deal. That was at the AFI Film Fest. 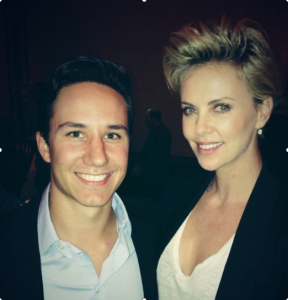 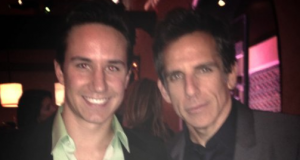